Interscope Records is pleased to announce the recent signing of West Coast rap icon, Ice Cube. Known to be one of the most important figures in rap history, Ice Cube began his career with the Notorious West Coast Gangsta Rap Group N.W.A over two decades ago.  At the height of the group’s success, Ice Cube broke away to start his own solo career. With over 10 million albums sold to date, Cube joins the label after several years of releasing music independently on his own Lench Mob Records which includes his Gold Certified 2006 opus “Laugh Now, Cry Later,” the highest selling independent hip hop release of the year.

“We are thrilled to announce that Ice Cube has joined the Interscope family.  He’s obviously one of the legendary figures in hip-hop…that’s a massive statement on its own, but he’s so much more than that.  Cube has an incredible body of work, and as a fan I’m honored to welcome him to the label,” states John Janick, Chairman and CEO of Interscope Geffen A&M.

The first project under the deal will be a 25th Anniversary edition of Ice Cube’s highly controversial second album. Death Certificate: 25 Anniversary Edition will release on June 9th. The re-release will feature three new songs, “Only One Me,” “Dominate The Weak,” and the sinister lead single, “Good Cop, Bad Cop.” Originally released on October 29, 1991 and produced by OG Cube cohorts, Sir Jinx, and the Boogiemen (DJ Pooh, Bobcat, and Rashad Coes), the incendiary LP, which debuted at #1 on Billboard‘s Top R&B/Hip-Hop Albums chart and sold over five million copies worldwide, takes a potent look at life in South Central through the eyes of one of reality rap’s greatest and grittiest storytellers.

Recorded in the wake of the Rodney King beating in 1991, Cube artfully contextualizes the harsh material he delivers on Death Certificate, declaring a “state of emergency” and breaking down the original 20-track opus into two parts. “The Death Side,” he says firmly, is “a mirror image of where we are today” while “The Life Side” represents “a vision of where we need to go.” The album’s revolutionary tone is established with the opening rager, “The Wrong N**** To F*** Wit.” The new material brings equal amounts of fire to the already stellar collection.

Rapidly traversing from guns (“Man’s Best Friend”) to gangs (“Colorblind”), Ice Cube leaves no stone unturned, attacking hot-button issues affecting the Black community with the ferocity of a lion. “Black Korea” addresses tensions in the ‘hood after the shooting death of an African-American girl by a Korean grocer; “A Bird in the Hand” laments the lack of gainful employment opportunities for young Black males; “Look Who’s Burnin'” is upfront about the proliferation of sexually transmitted diseases among Black youth.

James Bernard, then-editor of hip-hop magazine, The Source, clapped back at the album’s more mainstream critics with an official statement that said they were “too dainty and thin-skinned to hear the anger, rage and frustration that many people are forced to deal with every day.” In a review of the album for Entertainment Weekly, Bernard wrote, “I’m not arrogant enough to wag my finger at someone for stridency or incorrect language when many of his friends are dead and many of the rest are either in prison or standing on the corner surrounded by burned-out buildings and dying dreams.”

Despite all the surrounding controversy, Death Certificate was heralded a musical masterpiece and Ice Cube ultimately received the accolades he deserved for his incisive and revelatory socio-political commentary. Twenty-five years later, Cube maintains the album’s relevance. “Sadly, our community is dealing with many of the same issues,” he says. “I only hope that young millennials feeling powerless in the ‘hood can channel their own anger and frustration by listening to this record.”

Death Certificate: 25 Anniversary Edition will be available for pre-order on June 2nd. The bombastic new song, “Only One Me,” will be made available for early download as an instant grat track. 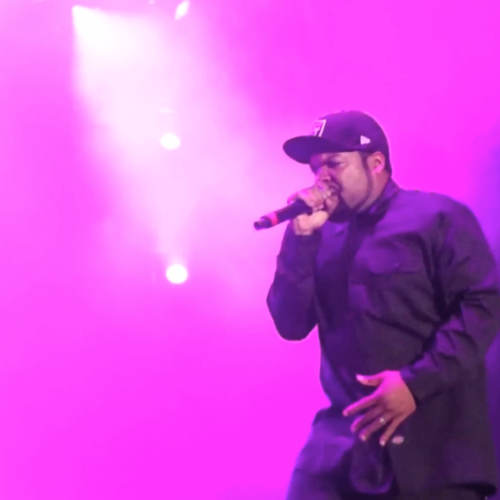 Check the photo recap of Cube's performance at One Music Fest in Atlanta.
Continue